HAÄRK is the collaboration between Mark Smith [The Sunshine Lounge] and Harold Verra [The Monoranger]. Their first public appearance as HAÄRK was on April 7, 2017 at the Radio Tonka Road Show. They both are DJ at Radio Tonka [www.radiotonka.org] with personal and combined radio shows and member of HEC [Haagsch Elektronica Collectief].
Mark Smith: Born in Glasgow [Scotland], now living in the Netherlands. He ploughs between relaxation and fear, calmness and violence, silence and chaos or as he says: “Sweet, soul noise and avant gunbins to mellow yer melt an’ boil yer heid.”
Harold Verra: is an active player in the electronic/improv scene in the Hague, the Netherlands. He started as Professor Azzacove, mainly using digital equipment. Bursting into the scene in 2012 he made his mark with a heavy schedule of activities. Playing concerts and organizing electronic music workshops (Bronsignaal) and festivals (Grondwater Festival). Cassette label Silver Ghosts brought out his first release in 2013 (as Professor Azzacove), a split with fellow traveller The Sunshine Lounge. He has a tight link with the Fluxus movement in recording and performing with visual and performing artist Bob Lens. Nowadays analogue equipment has his preference. Analogue/Modular synths [Moog Mother 32, DFAM, Werkstatt], circuit bend toys and a bunch of digital and analogue effect pedals form the basis of his mesmerizing drones.
Links:
– The Sunshine Lounge on Bandcamp
– HAÄRK on Facebook 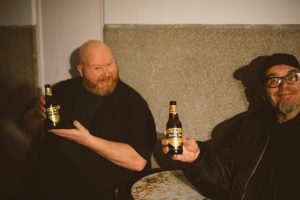 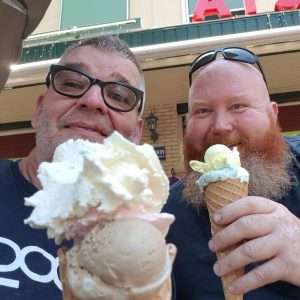